Throughout Latin America, there are over 30 projects that will be developed in the coming years, which shows the great potential the region has within the LNG global industry.

Thanks to the Vaca Muerta exploration, Argentina reached the second place in global shale gas reserves. The state company YPF has plans to build a liquefaction terminal for natural gas exports, a project that will require an estimated investment of US $ 5 billion and will give the country access to large importers worldwide.

Chile approved in 2019 an LNG Terminal with an investment of US$ 165M. Bolivia will export liquefied natural gas (LNG) through Argentine ports and will make investments of over US$ 200 M in the regasification terminals of Bahía Blanca and Escobar. Colombia has approved the construction of the Pacific LNG terminal that will require an investment of around US$ 300 M; this year Ecuador will be issuing a tender for developers for a 500 MW combined-cycle power plant project.

Learn more about these and other projects under development in Latin America. Explore investment projects for construction and modernisation of LNG plants and terminals. 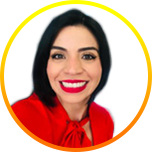 Topic of the presentation 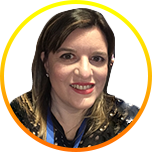 Topic of the presentation

AT THE WEBINAR YOU WILL LEARN ABOUT:

First-hand information on implementation, innovation, financing, regulation and all that is new in this thriving industry

Have no time to join the webinar at the appointed time? Follow the link to register and get a webinar materials in Spanish. The webinar is held in English.

Request the recording and find out more about T&C

«LNG in Latin America:
Projects development and
modernization of the gas industry»